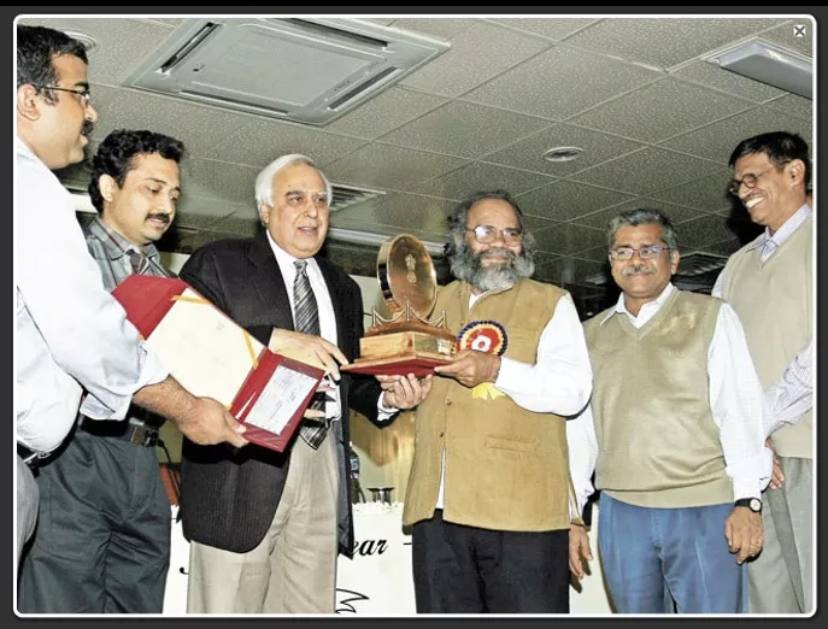 National Award for Outstanding Efforts in Science and Technology Communication

Vijnana Bharati has been bestowed with the prestigious “National Award for Outstanding Efforts in Science and Technology Communication” from the Ministry of Science & Technology, Govt.of India. This award is given for the relentless efforts by SSM for taking science and technology to the masses.. The Award was presented by Sri. Kapil Sibal, Union Minister for Science and Technology and Earth Science, on 1st March, 2007 at Technology Bhavan, New Delhi.

Jawaharlal Nehru Prize for Science Popularisation by Indian Science Congress Association (ISCA) Vijnana Bharati was honoured with the prestigious “Jawaharlal Nehru Prize” for the year 2005-2006 instituted by the Indian Science Congress Association for the popularisation of science. The award includes a cash award of Rs.One lakh and a plaque. The selection board specially appreciated the key role played by Swadeshi science movement for its endeavor for the promotion and popularisation of sciences at all levels, especially among students at school and college level and for the common man .The selection board also mentioned the efforts of Swadeshi science movement to blend the modern sciences with the traditional ones and the age old socio-cultural and scientific value based system. 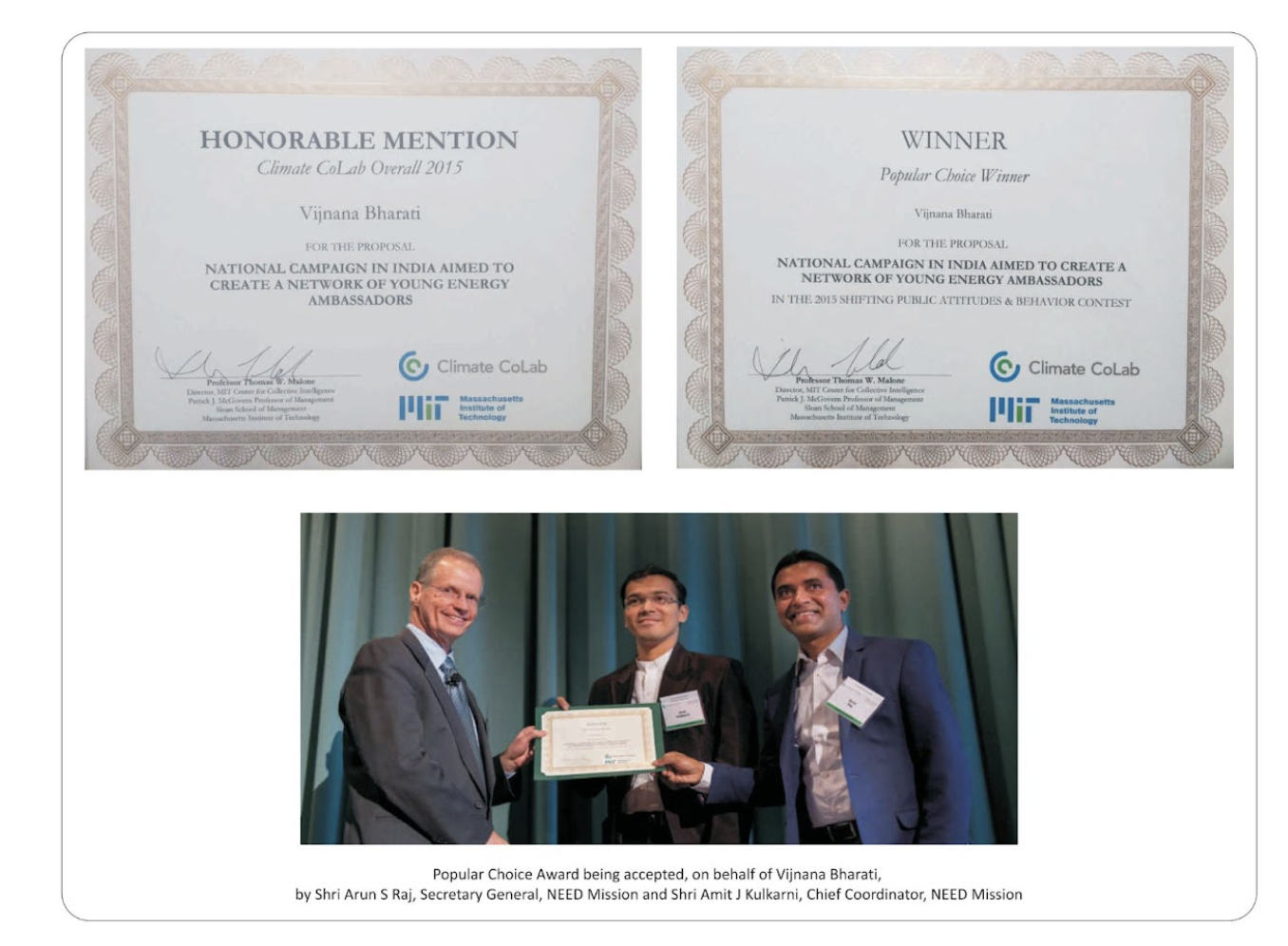 VIBHA Honoured at the International Stage in U.S.A Vijnana Bharati received prestigious Climate CoLab Popular choice award from Massachusetts Institute of Technology (MIT), USA. HONORABLE MENTION othhik CoL..ab Oven!! 2015 Vijnana Bharati The Massachusetts Institute of Technology's (MIT) Centre for Collective Intelligence had developed a crowd sourcing platform, 'Climate CoLab'. The platform intended to harness the collective intelligence of thousands of people around the world to address global climate change. It also sought manageable and innovative solutions to address the issue of climate change; various contests were open at this platform throughout the year. This year Vijnana Bharati too had contested under the project category of "Shifting attitudes and behaviour". This category intended to focus on exploring ideas to modify public perceptions of climate change and promote norms and attitudes that recognize the importance of climate change issues. Out of the 71 proposals submitted for the contest across the world, the proposal submitted by Vijnana Bharati entitled "National campaign in India aimed to create a network of young Energy Ambassadors" has been recently announced a Popular Choice Award . Interestingly, for the first time a proposal from India has won an award in this category of the contest and hence it is really a proud moment for all of us.

The largest science festival (2000 approx. per day at peak hour

The Largest human image of chromosome